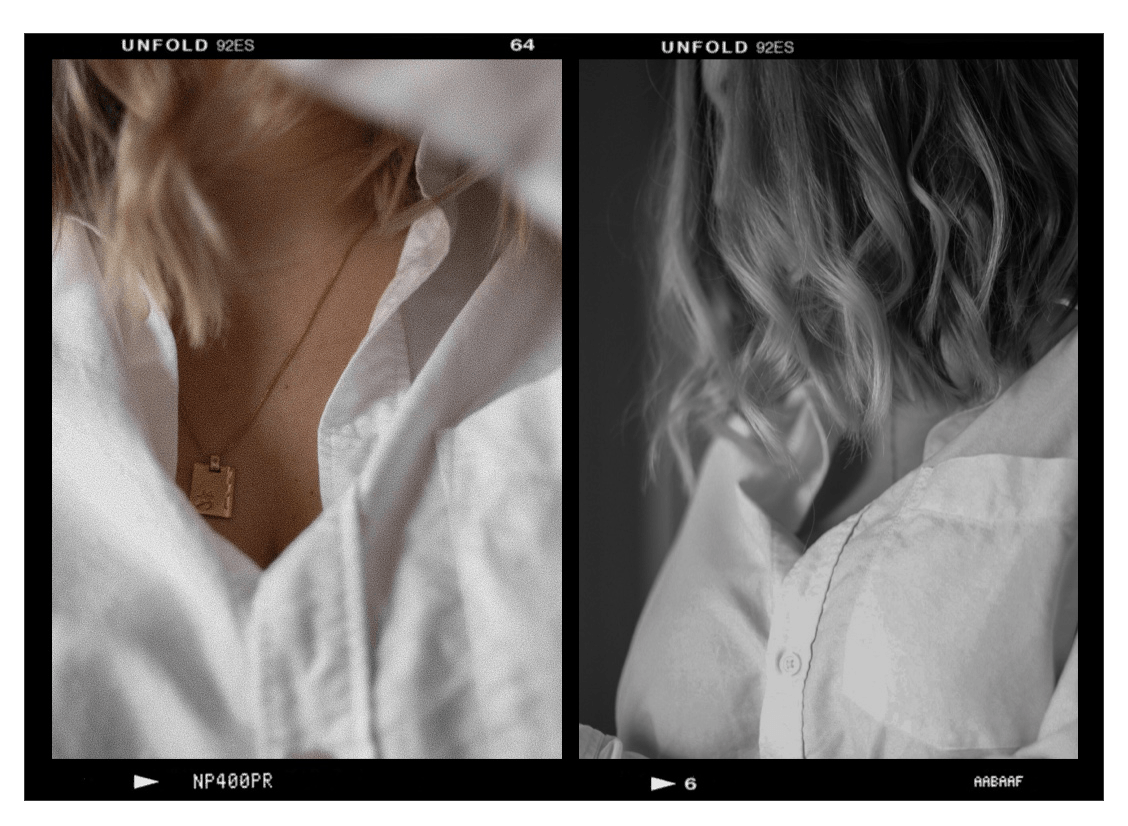 THESE ARE THE BOOKS I RECOMMEND TO EVERYONE I KNOW

One By One by Ruth Ware

Read this if: you’re a fan of a locked-room style mystery, you love a story that takes place during a natural disaster, and you’re looking for a book that you won’t be able to put down.

I cannot even explain how much I enjoyed this book. It has everything I love in a thriller — multiple murders, a group of diverse characters and a chilling setting. One By One is set in a luxurious, rustic chalet amidst the breathtaking French Alps, where a group of employees from the uber-trendy music app Snoop are spending a week on a work retreat. You’ve got nine Snoop team members that are all as interesting as they are different, and you’ve got the two employees of the ski chalet that have to cater to their guests every request — even when things go wrong. Which, of course, they absolutely do.

There’s an avalanche — one that almost swallows the chalet and its guests whole. But that’s not the only concern. A Snoop employee — one of the co-founders to be exact — goes missing while skiing down an off-piste slope just before the avalanche hits. It must have been a terrible accident, surely? A horrible case of being in the wrong place at the wrong time? It couldn’t have anything to do with the generous buy-out offer she received and is the process of pursuing for Snoop — that her fellow co-founder is against, I might add — could it? This buy-out would be huge for Snoop, but it’s also a major point of contention between the shareholders of this multi-million dollar business.

And then, the second Snoop employee is found dead… Is somebody killing them off, one by one?

Order One By One on Amazon or Book Depository.

Lock Every Door by Riley Sager

Read this if: you like stories set in the affluent parts of New York, you’re fascinated by gothic-era inspired buildings and you’re in the mood for some eerie, page-turning supernatural themes.

This was my first Riley Sager read and it exposed me to the incredible world-building ability that Sager has. Having never travelled to New York, I felt immersed in it from the very first page. The gothic-era buildings, the old money, and the profound ability for some to simply just… survive. That’s what our protagonist, Jules, is trying to do. She’s nearing broke after being laid off, and she’s recently single after discovering her boyfriend in a compromising position with one of his classmates. She needs something that will get her out of the awful situation she’s in, and finding an apartment sitting opportunity in the classifieds has done just that.

Here’s the deal: Jules will get paid twelve thousand dollars for a three month apartment sitting stint at The Bartholomew, one of Manhattan’s most recognisable apartment buildings. One of the rules of owning an apartment in The Bartholomew is that your space cannot be vacant for more than a month at a time — it’s a bad look for such a prestigious building in the middle of New York — so the wealthy owners utilise apartment sitters to make the place look occupied. The twelve thousand dollars is more than enough to get Jules back on her feet, and all she has to do is live in a stunning twelfth floor apartment overlooking Central Park. No smoking, no parties and no partners… easy enough. She even meets another apartment sitter not long after moving in whose financial struggles seem almost identical to her own, and they quickly become friends.

But things, of course, are not always as they seem. There are whispers of girls going missing while apartment sitting in The Bartholomew, and before long, Jules’ new friend has disappeared — quite literally without a trace. The quietly wealthy residents of The Bartholomew dismiss her concerns, and the employees of the building act as though there was never a second apartment sitter to begin with… Will Jules find out the secrets of The Bartholomew before it swallows her whole, too?

Order Lock Every Door on Amazon or Book Depository.

The Hunting Party by Lucy Foley

Read this if: you’re a fan of locked room mysteries, you enjoy reading stories set in the unforgiving isolation of the Scottish Highlands amidst a blizzard and you’ve got a low key obsession with groups of old college friends who kind of hate each other.

Should I mention that one of the characters disappears and is later found dead? Don’t worry — that’s not a spoiler. We learn this within the first few pages.

See, you’ve got a group of characters who were close friends at Oxford University a decade ago and have since all-but fallen out. Their annual New Years get-together seems to be the only thing keeping them in touch, and the building resentment from years of forced connection shows. None of them really like each other, and as a reader, you can understand why. Each of these characters is flawed, deceptive and horrible in their own way, so when you learn that one of them has been killed you don’t feel all that sad about it.

But the mystery — yes, this is a thrilling mystery — is which one, and why. The secrets these people hold over one another are almost as unforgiving as the desolate landscape in which they are now stuck, due to an unrelenting snow storm that rewrites history forever.

Order The Hunting Party on Amazon or Book Depository.

Read this if: serial killer thrillers are your preferred genre, you enjoy a diverse range of characters and tropes, and you’re looking for a story that is scarily realistic.

The Swedish National Crime Unit receives a video showing a woman being filmed in her home. She’s doing all of the usual things adults do during evenings while at home alone, except she’s doing it with an audience she knows nothing about. Not long after the authorities receive the tape, they are called to a crime scene where that very woman from the tape has been murdered — brutally.

And then the next tape arrives…

This serial killer thriller is juicy and gritty and everything you want in a Scandinavian crime novel — a great cast of characters, action-packed plotting and a twist that’ll take your breath away.

Read this if: you’re looking for the kind of book that you read in one sitting, you enjoy a little romance with your terror, and you need a book to discuss with all of your friends after reading it.

I’ve been a Colleen Hoover fan for a long time and I love her ability to write the kind of books that you devour in one sitting. Verity is a new genre venture for this author, as her work previous to this was all classified as contemporary romance. Verity could be classified a contemporary romance, however it’s rose-tinted facade is darkened with shadows of mystery and suspense.

Our protagonist is Lowen. She’s a struggling writer on the verge of bankruptcy, spiralling in the aftermath of losing her mother to prolonged illness. She gets the offer of a lifetime — ghostwrite the remaining books in a popular series the original author is unable to finish due to a paralysing injury. She’s able to write the books under a pseudonym so as to not effect her future as a writer, and the cheques are enough to set her up comfortably for a few years until she gets back on her feet.

Is this all too good to be true? You’ll have to read it to find out. Trust me when I say that this book is mind bending at the best of times and perspective shattering at the worst. You will not be able to put this down until you’ve finished it, and even then — it will never ever leave your mind.

The Nothing Man by Catherine Ryan Howard

Read this if: you enjoy a book within a book, you’re after a different perspective and you’re fascinated by the Golden State Killer case — this book was inspired by it!

Supermarket security guard Jim Doyle is enthralled by a newly published non-fiction book that appears on the shelves at his workplace. So enthralled, in fact, that he simply cannot put it down — to the point that his life starts falling apart because of it. Why? Because it’s about him, of course.

Jim Doyle is The Nothing Man, a once-prolific serial killer that stalked and murdered his victims brutally in their own homes. And he’s just discovered that his only surviving victim is hunting him down, one page at a time.

Order The Nothing Man on Amazon or Book Depository.

The Lying Game by Ruth Ware

Read this if: you’re a fan of Pretty Little Liars, you’re in need of a page-turning beach read and you’re new to Ruth Ware.

A woman walking her dog in the early hours of the morning stumbles across a weathered human bone in the salty waters of the reach, alongside the old Tide Mill in Salten.

Shortly after and miles away, three women living completely separate lives each receive the same text. “I need you”, it says. The sender? Kate Atagon, daughter of missing-presumed-dead Ambrose Atagon, whose disappearance almost two decades ago has led to rumour and speculation within the small coastal town. What happened to the much-adored art teacher of Salten House — the same school in which all four girls were expelled from without warning in the middle of the academic year?

All three women, now in their thirties, drop everything and immediately head to Salten, and to Kate, to deal with the ramifications of their long-before told lie — the consequences of which they thought they’d never have to deal with.

This absolutely needs to be your next beach read. I truly couldn’t put it down.

Order The Lying Game on Amazon or Book Depository.

Home Before Dark by Riley Sager

Read this if: you’re a sucker for a creepy old mansion, you enjoyed The Haunting of Hill House and you don’t want to sleep tonight.

Maggie has no memory of the things her father claimed true in his best-selling book. In fact, she thinks of her father as a liar, and her mother his accomplice — the book did make them rich after all. But, after all these years, both of her parents have maintained that Maggie should never return to Baneberry Hall. It’s simply too dangerous for her.

Now an interior designer and decorator by trade, Maggie has given herself the task of cleaning out and restoring Baneberry Hall for sale. The money that could be made from selling such an estate is simply too good to pass up, and the things her father wrote about Baneberry Hall are a work of fiction, are they not?

But — things are still amiss in the great rooms of Baneberry Hall. In the first few days of her residency, strange things start to occur in the dead of night — things that are reminiscent of the very horrors her father wrote about all those years ago. You see, Baneberry Hall remembers. And it wants Maggie to remember, too.

Order Home Before Dark on Amazon or Book Depository.

I’m rounding up my favourite reads from the past

Hammock views + a crying cat that wants to be let

Making the most of wintery reds before it's well a

I'm at that point where I'm trying to decide wheth