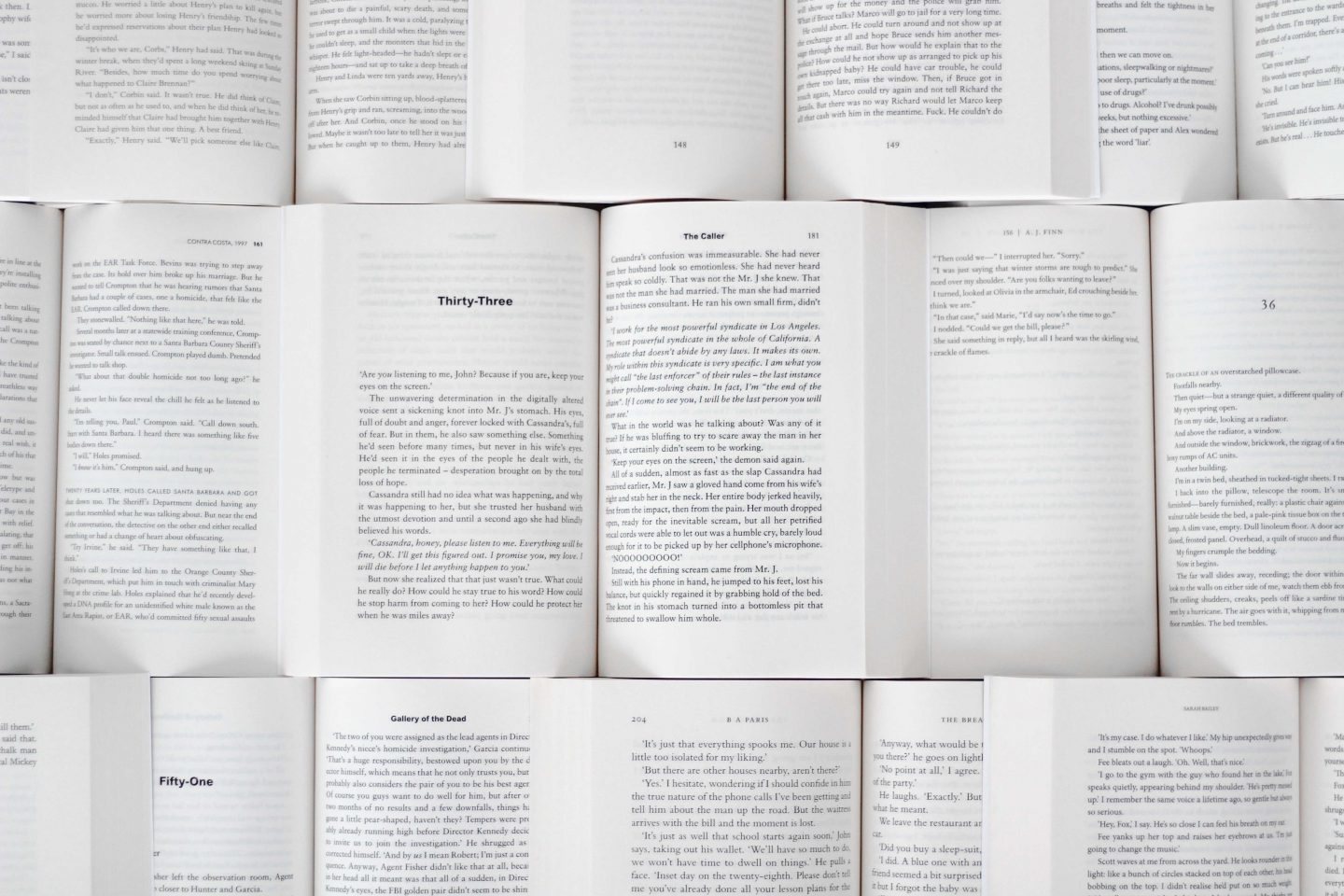 I love recommending books to people. It’s kind of my thing.

I get so much joy from sharing a book I love with a friend or family member, and having them come back telling me they loved it. It honestly gives me life.

So, in the interest of giving some more recommendations to a wider audience, let me share in this post three books that you won’t be able to put down. Truly. These are the kinds of books you want to be comfortable for, before you start reading them, because you will not be able to stop. Grab your cat and some snacks and looooots of water. You’ll need it.

On an island off the coast of Ireland, guests gather to celebrate two people joining their lives together as one. The groom: handsome and charming, a rising television star. The bride: smart and ambitious, a magazine publisher. It’s a wedding for a magazine, or for a celebrity: the designer dress, the remote location, the luxe party favors, the boutique whiskey. The cell phone service may be spotty and the waves may be rough, but every detail has been expertly planned and will be expertly executed.

But perfection is for plans, and people are all too human. As the champagne is popped and the festivities begin, resentments and petty jealousies begin to mingle with the reminiscences and well wishes. The groomsmen begin the drinking game from their school days. The bridesmaid not-so-accidentally ruins her dress. The bride’s oldest (male) friend gives an uncomfortably caring toast.

And then someone turns up dead. Who didn’t wish the happy couple well? And perhaps more important, why?

Oooof. This book is good good. A mystery thriller set on a remote island where there is no escape. Lots of secrets. Lots of unlikeable characters that you can’t help but be enamoured by. So. Much. Atmosphere.

I never wanted this one to end, while at the same time I could barely control myself as I devoured it page by page. This is one of those books that I’d read again, just so I can pick up on all of the clues along the way.

THE WHISPER MAN BY ALEX NORTH

After the sudden death of his wife, Tom Kennedy believes a fresh start will help him and his young son Jake heal. A new beginning, a new house, a new town. Featherbank.

But the town has a dark past. Twenty years ago, a serial killer abducted and murdered five residents. Until Frank Carter was finally caught, he was nicknamed “The Whisper Man,” for he would lure his victims out by whispering at their windows at night.

Just as Tom and Jake settle into their new home, a young boy vanishes. His disappearance bears an unnerving resemblance to Frank Carter’s crimes, reigniting old rumors that he preyed with an accomplice. Now, detectives Amanda Beck and Pete Willis must find the boy before it is too late, even if that means Pete has to revisit his great foe in prison: The Whisper Man.

And then Jake begins acting strangely. He hears a whispering at his window…

This book creeeeped me out. So bad. Like I was having severe insomnia because of how creepy this book is.

Kids are weird, man, and this book really solidified that to me. But it was also heartwarming, while at the same time being absolutely terrifying.

Don’t read this in the dark…

Ten years ago, college student Quincy Carpenter went on vacation with five friends and came back alone, the only survivor of a horror movie–scale massacre. In an instant, she became a member of a club no one wants to belong to—a group of similar survivors known in the press as the Final Girls. Lisa, who lost nine sorority sisters to a college dropout’s knife; Sam, who went up against the Sack Man during her shift at the Nightlight Inn; and now Quincy, who ran bleeding through the woods to escape Pine Cottage and the man she refers to only as Him. The three girls are all attempting to put their nightmares behind them, and, with that, one another. Despite the media’s attempts, they never meet.

Now, Quincy is doing well—maybe even great, thanks to her Xanax prescription. She has a caring almost-fiancé, Jeff; a popular baking blog; a beautiful apartment; and a therapeutic presence in Coop, the police officer who saved her life all those years ago. Her memory won’t even allow her to recall the events of that night; the past is in the past.

That is, until Lisa, the first Final Girl, is found dead in her bathtub, wrists slit, and Sam, the second, appears on Quincy’s doorstep. Blowing through Quincy’s life like a whirlwind, Sam seems intent on making Quincy relive the past, with increasingly dire consequences, all of which makes Quincy question why Sam is really seeking her out. And when new details about Lisa’s death come to light, Quincy’s life becomes a race against time as she tries to unravel Sam’s truths from her lies, evade the police and hungry reporters, and, most crucially, remember what really happened at Pine Cottage, before what was started ten years ago is finished.

This book is a slasher flick in written form. It’s SO good. I think it’s referred to a popcorn thriller for this very reason. You’d go see the film adaptation at the cinema with your best girlfriends and squirm in terror at the awfulness that unfolds.

The ending shocked me too, which is hard to do. Set yourself aside a rainy Saturday and read this on the couch with the blinds drawn. SO much fun.